McCormack Law Firm In the News 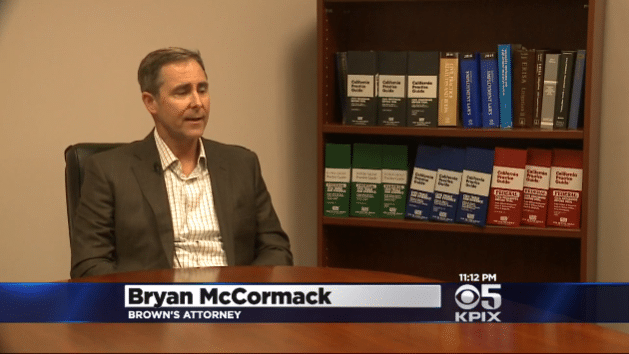 A former Bay Bridge worker is suing a construction firm over racial discrimination. The worker said his colleagues brought a hangman’s noose to the jobsite. Andria Borba reports.

An African American iron worker for a Bay Bridge contractor says his foreman dropped a hangman’s noose next to him and a short time later a co-worker threw him a rope and told him to put it around his neck — and when he complained about racism, his work hours were reduced... Read more.

Researchers from Rutgers and Syracuse Universities found that applicants with disabilities received 26% fewer inquiries from potential employers. “Disabled workers... are being discriminated against, which really is a shame,” said attorney Bryan McCormack ... Read more

A former Pacific Gas and Electric Co. auditor said he found a "shockingly high error rate on almost every job" he examined in San Jose, but that PG&E swept the issues under the rug and then fired him for making the report ... Read more

Fighting for your rights is the first step toward reclaiming your livelihood.

I can honestly say that my experience with Bryan was all the way positive from day one… We had very high expectations about our case and in the end we got what we hoped for. – Roger J.

This law firm was the only one to answer the phone out of the 15-20 law firms that I called that day. I had a wrongful termination case and Bryan really took the time to listen and understand what happened in my situation, and he knows the law to a T. – Shanic M.

I was owed wages and overtime and my employer refused to pay me. So I hired them to file a lawsuit. Bryan easily understood my very complicated case and I am happy with the results. – Ebi Z.

I didn’t have to pay anything, the firm took the whole risk of managing the case. Through the 14 months, Bryan always kept me updated, was very responsive and patient to questions I had. We achieved a resolution out of court in my favor, making me even happier about the experience. – Peter S.

I won my trial and I got more than I expected. Everyone in the office is so nice and helpful. Even after everything was finished I could call a few weeks after and ask questions to make sure I was protected and they are more than helpful. – Husain N.

I never had to pay Bryan anything up front, nor was ever pressured to settle early. We ended up settling morning of the trial. Bryan is a really sharp, aggressive, seasoned attorney and knew the law inside and out about whistleblower cases. – Kyle B.

VIEW CLIENT TESTIMONIALS
% SUCCESS RATE
NO FEE UNLESS YOU WIN

"Allegations of rampant racism at Diamond Pet Foods in Lathrop sparked a federal lawsuit by three African American workers who claim they were fired for trying to report the problem..." Read more

"A former Ross Valley Sanitary District employee is suing the district alleging he was wrongfully dismissed from his job because he informed government authorities the cause of two large sewage spills in December 2010, which released more than 2.6 million gallons of waste..." Read more